This house, the family home of Nagatani Soen, was rebuilt to preserve the heritage of the tea dryer called 'Hoiro'.
It is said that Nagatani Soen developed and popularized the method called "Aosei Sencha Seihou", which keeps the tea leaf green by using the process of kneading.
The house used to be much larger, comprising of a main house as well as a workshop and a storeroom.
The premises extends to the Chasoumyo Shrine, the remains of a stonewall indicate the vestiges of its former dimensions. 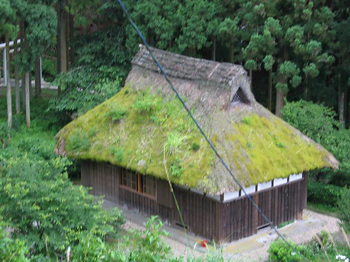